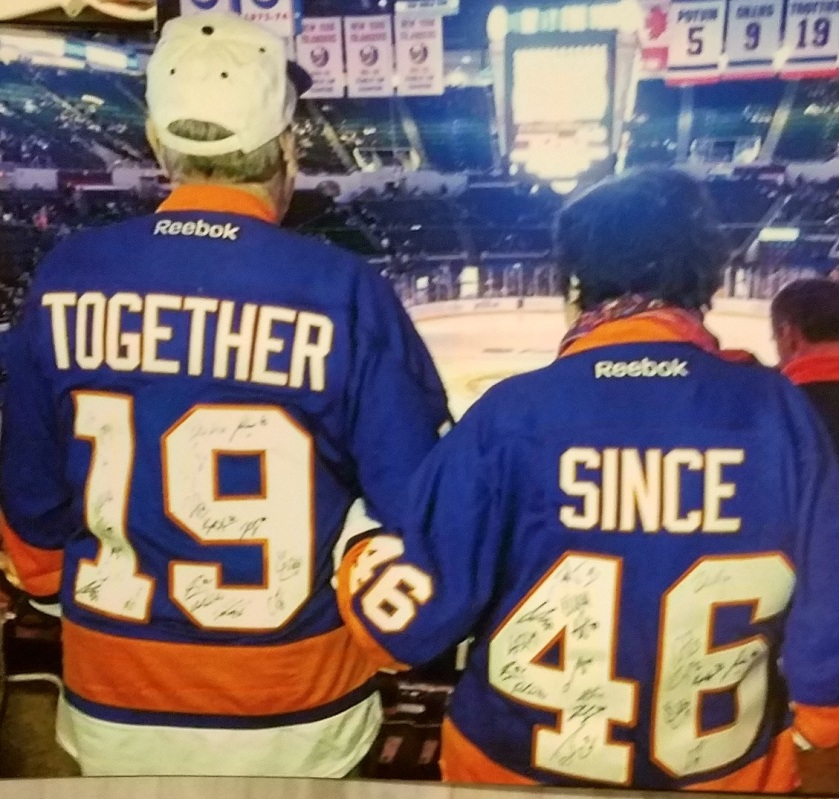 Last Week – the NYIBC lost a wonderful member.  Grace Gammone – a long time fan of the Islanders passed away peacefully last week at the young age of 91.  She loved her family and she loved her Islanders.

During the first season of the team, the Gammones, husband Danny and wife Gracie, lost their son Danny Jr (Danny Boy) at the age of 18 from a battle of leukemia.  The parents decided to honor their son who played and loved the game of hockey so much, by starting to support the New York Islanders, and her love of the game started to blossom.

I met the Gammones in 1988, when I joined the club.  I met Gracie at a Booster Club meeting over at the old Wheatley Hills Tavern in Westbury.  As the conversations went by, I met Danny and Gracie, and within a few minutes after meeting her, you felt like you were one of the most important people around.  You became almost family.  She brightened up a room, with her smile and infectious love for the team.

That also came to light, when I attended the NHL Booster Club Conventions.  When I went to my first convention in Chicago in 1989, there were a few couples there, that not only wore matching outfits every day, but walked around with their kazoos and made their presence felt.  Some of the oldest members attending this event – were acting like the youngest ones.  That was Danny and Gracie.  Everyone loved them.  They exude such energy, happiness and most of all, love!  For years and years, they were the life of the party.

But to Gracie, it was the love of family that was always shown.  Her and Danny were married for over 70 years.  They had a daughter Karen, and have three grandchildren.  All of them have the same love of the Islanders as well.

In the last few years, Gracie did not get to go to as many games as I am sure that she would like.  But on the last regular season game at the Coliseum, the couple was there representing their love for each other, as well as the game and the team.

I know that I will miss her smile, her affection and the aura that she provided to so many people.  I know that Danny, Karen and her children will miss Gracie tremendously, but they should know that she is heaven watching over them, and will be one of the biggest Islander fans in the skies!

May God bless her, and take away the pain and suffering.  May their loved ones feel her presence every day.

Keep rooting for the Isles Gracie, we know you will!

This site uses Akismet to reduce spam. Learn how your comment data is processed.