We have gauged that we have interest in the Carolina trip.  However, we need to get some confirmations, in order to secure a hotel and tickets.

If you are interested, please email me (click the link to the left).  I need to know how many people would be with you (they will ALL HAVE to be members – but we can take care of that later).  This trip will be a 2 day trip, due to the fact that a) trip is 12 hours in length and b) the game is a 5pm start, and we are off on Monday.

I need to get at least 30 people now – in order to get the ball rolling for ticket ordering and hotel reservations.  So please let me know as soon as possible.

Any questions – please e-mail me.

Please click on the link if you have interest.

We are starting the season off early this season, with a PIZZA PARTY, on Thursday, September 12th at 7PM @ Borrelli’s in East Meadow (Hempstead Turnpike, across from NYCB Live).

The club will be supplementing the cost of this meeting.  Pizza and soft drinks will be provided for a cost to you of $10 per person – payable at the door.

This meeting will give you the opportunity to bring school supplies to support our charity for the evening, which is the “John Thiessen Children’s Foundation”.  A list of needed supplied will be listed below.

Our hopes are to get a guest speaker from the Islanders.  As we know for sure, it will be published.

This meeting is for members ONLY.  Since membership end on September 1st, you need to rejoin, in order to attend.  If you have not rejoined, you can get the application off our website (www.nyibooster.org).  You can bring it with you to the meeting, and be a part of the festivities.  If you are coming, please click on this  Email link  to Claire nyibcprez@gmail.com because we need to know a headcount beforehand.

We hope to see you there on the 12th.  The Islanders are ready to season started, are you?

We have spots that opened up for the Montreal trip, on March 28.

In order to come on a trip, you MUST be a Booster Club member.  We will need a $150 deposit as soon as possible, in order to secure your spot.  You can send this money via Zelle, PayPal or Venmo to gharding14@gmail.com

This trip will be an entire weekend that includes a bus ride to Montreal from Northwell Ice Center – one night stay at the Novotel Montreal – located about 2 1/2 blocks from the arena, and tickets for the game.  If you need any further information – please email me. 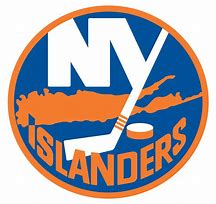 Hope you can join us! 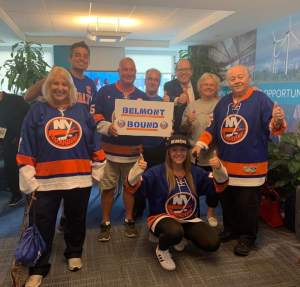 However, a new home for our beloved hockey club, is one step closer to becoming a reality.

And the Booster Club was there.

President Claire Harding, and three generations from one family, John D’Errico, Stacie Moisa and Kimberly Moisa, were asked by the organization to attend the meeting, and be a part of the speakers, advising the ESD to move forward with the project. Islander co-owner Jon Ledecky was quite emotional when he got up to speak, mentioning the fans that came to support the project, and advised everyone there, that this project would be a destination for all Long Islanders, and that the Isles deserved this project.

The vote was unanimously approved, with the final vote for approval happening in Albany on Tuesday.  Once that vote is finalized, then the next step would be to break ground and have the process being to get the new home of the New York Islanders starting. 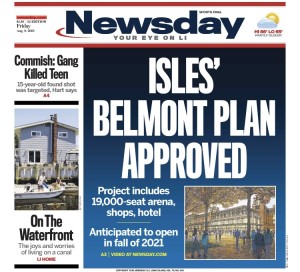 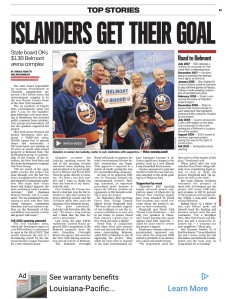 Our next meeting of the New York Islanders Booster Club will be on Monday, March 4th – at 7PM.  The meeting will take place at the Northwell Health Ice Center at Eisenhower Park in East Meadow.

New York Islanders Play by Play announcer Brendan Burke will be our guest.  If you are planning to attend, please get there early, as our meeting will start on time – as our guest is on a timeline (dictated by his young children… LOL!).

There will be a short bit of club business, before Brendan will speak.

Hope to see you there.

The Booster Club are having two Group Outings to see the team play ay NYCB Live this season.

The second game is on Sunday, March 24th – when the Blue and Orange take on Michael Grabner and the Desert Dogs of Arizona.  We will have tickets to sell in the 200 section (we will know specifics shortly).  The cost for these tickets are $55 a piece.  In order to purchase, you MUST be a member.

The Booster Club are having two Group Outings to see the team play ay NYCB Live this season.

The first game is on Friday, February 1st – when the Blue and Orange take on Steven Stamkos and the Tampa Bay Lightning.  We will have tickets to sell in the 200 section (we will know specifics shortly).  The cost for these tickets are $55 a piece.  In order to purchase, you MUST be a member.